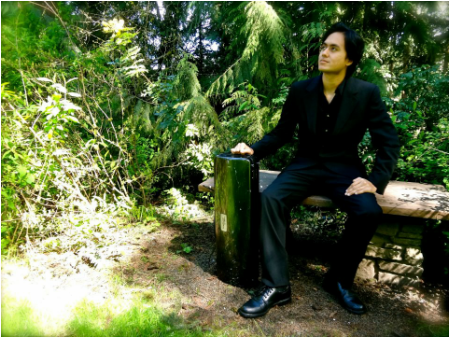 ​Born and raised in Honolulu, Daniel Shane Kawaiʻaeʻa Shaver is a graduate student at the University of Hawaiʻi at Mānoa pursuing a Master of Arts degree in Music Education, where he studies Orchestral Conducting with Professor Joseph Stepec and is advised by Dr. Jennifer Blackwell. Previous studies include at the University of Oregon, where he studied violin and advanced violin pedagogy with Kathryn Lucktenberg and Kevin Lefohn, and Suzuki pedagogy with Lillie Manis. Mr. Shaver is currently employed as the Orchestra Director at Radford High School in Honolulu, Hawaiʻi. Previously, he was the Assistant Orchestra Teacher at the Kamehameha Schools Kapālama Campus, where he taught private violin and viola lessons and ran an after school orchestra program. Mr. Shaver is also the resident violin teacher for the Coraggio Music School, where his students have won prizes at competitions and regularly participate in recitals, festivals, and masterclasses.

Mr. Shaver's music education started at the age of eight when he started taking private violin lessons. He continued his studies at the Kamehameha Schools Kapālama Campus, where he was the concertmaster of the Kamehameha Schools Sinfonietta and Orchestra under the direction of Dr. Robert Hamilton.
As concertmaster, Mr. Shaver led the orchestra during their tour of Vienna, Salzburg, and Graz as part of the 2009 International Haydn Festival. In high school, Mr. Shaver was also a member of the Hawaiʻi Youth Symphony I under the direction of Maestro Henry Miyamura, where he served as the Associate Principal Second Violin.

An active researcher in musician health and injury prevention, Mr. Shaver's thesis Brahms, Schumann, and Focal Dystonia presents cases of famous musicians who suffer from Focal Dystonia and gives strengthening and retraining exercises that may help violinists who suffer from the condition. A committee of University of Oregon School of Music and Dance and Robert D. Clark Honors College professors awarded Mr. Shaver's thesis with a "Pass with Distinction" when he defended his thesis and graduated from the university in June 2014.